How to climb harder without getting stronger or improving your technique

Picture it: It’s the weekend and you’re going climbing at the latest “in” crag that your friends recommend. You look in the guidebook and see a random route at your maximum grade or even a little harder. You give it a go, put up the draws and climb it with feline precision and the grace and style of a prima ballerina. On the second day you and your friends change the style of climbing, but being an all-rounder, you repeat the process on another route of a similar grade and once again you send. You’ve consolidated the grade and you feel great. Like the sound of it? Well, that’s not going to happen if you follow the advice given in this article. It will, however, help you to accept your shortcomings as a climber and feel deserving of more or less legitimate results.

1. Cultivate a rivalry with a friend. There is something much more gratifying in this sport than sending that sought-after project, and that is being able to rub your climbing buddy’s nose in it. You may lose the friendship, but you will gain something even more valuable: a rival. As a motivational exercise, I recommend stoking the fire of this rivalry before going climbing. Have you ever seen a press conference between two boxers before a match? Well, something along those lines.

There will be climbing partners that tell you that "in climbing, you are only competing against yourself". Send them a photo of some bald guy downgrading that route that they’re struggling on, and you will see how quickly you lead them over to the dark side. And if they have any sense, they will thank you in the end.

2. Get rid of material that you don’t trust. If that fluffy rope or those quickdraws fraying at the edges don’t inspire confidence, don’t use them. Even if on a rational level you still believe that they are fine, you probably won’t feel that way when you have to do the crux move, and you may end up taking instead of risking a fall. Give them a wash and you may even get something for them online. Don’t forget to mention in the ad that you’re selling them due to lack of use (obviously). 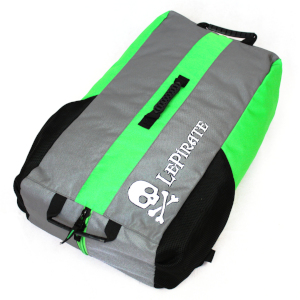 3. Go climbing with people stronger than you. They can put up the draws for you on routes that you want to project, as well as give you a flash on the hard moves. If possible, find someone that is a similar height to you, so that their way of doing the crux will suit you.

The best way to find yourself a strong climber is to catch them in the gym in the mornings, when they are alone and defenseless. You will have to work to maintain the relationship, treating them like you would a "sugar baby". Buy their friendship with a steady supply of snacks at the base of the crag and complements on their climbing technique.

"Maintain the relationship with your sugar climber through food and complements"

4. Forget about ethics and style. Rules and aesthetics are upheld and maintained by embittered climbers whose only aim is to make you fail to reduce their own feelings of frustration. To hell with messages like "it’s not a valid send if you start with the third bolt pre-clipped", "that hold is off-route" or "pre-placed gear lowers the grade". Remember that long quickdraw chains are your friend. Clip comfortably and even twice if it helps you.

5. Focus on long, modern routes. Beginners just love short, "old-school" lines with the crux move at the start. The route-bolting community knows this and grades them way below their actual grade, with the aim of demotivating beginner climbers in the hope that they will abandon the sport, thereby reducing overcrowding at the crags. Want to move up the grades? Project routes opened in recent years that are more than 20m long and have the crux close to the top. You’ll see how your chances of success multiply.

6. Steer clear of routes that other people recommend. With a few notable exceptions, we sport climbers are hyenas. We will recommend the routes that we have suffered on so that you suffer too. Rather do your route selection on 8a.nu. To guarantee a send, choose those that have a lot of ascents and look for notes of "soft" and comments like "my first XX" or "my first XX onsight". Loose lips sink ships and 8a.nu sinks climbing fanatics.

7. Be a quickdraw parasite. Not climbing with someone stronger who can put up the draws for you? Give someone else’s project a go while they are resting, making sure to give the impression that it was the route you came for and that you were planning to do it all along. What’s more, if they are nice, they will give you a flash and you can help each other mutually. Who knows? You may even cement the friendship recommended in no. 3. If on the other hand they are not nice people, they will make comments like those described in no. 4. Reject them, not only as a possible climbing buddy, but as a human being too, and try to sell them the rope and draws described in no. 2.

8. Be one with your clip-stick. Always start with at least the first two bolts pre-clipped, and if nobody’s watching, clip the third one too. No clip-stick is too long. You can print one in 3D here. 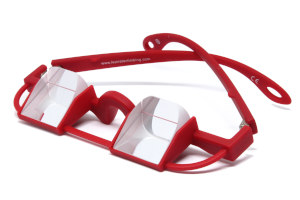 9. Make tick-marks. Don’t be stingy with them. Mark where every single finger and the tip of your climbing shoe should go. Clean them afterwards, of course, leaving no trace. Don’t do it for moral or environmental reasons though, but for pragmatic ones. Imagine if your friend and/or rival were to bag the onsight thanks to your tick-marks and rub your nose in it.

10. Look for routes that suit you. If you’re good at face climbing, climb faces. If overhangs and big holds are your thing, go for overhangs. If you’re a midget, avoid reachy climbs, and if you’re a giraffe, look for reachy routes. Wanting to be an all-rounder and consolidate your grade are two ways of saying you’re throwing in the towel.

PS. The beginning is copied from a Tinder bio. One writes like one climbs.